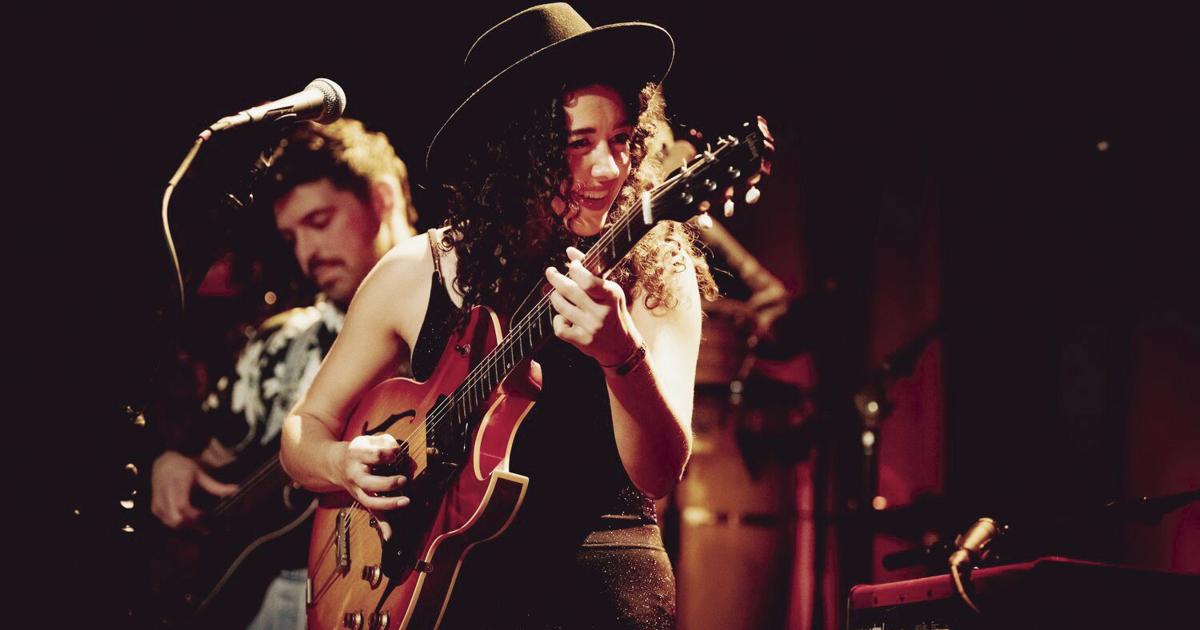 “It’s the love we give ourselves that is the love that grows, and we can’t give outward till our own cup overflows…”

“Reb & the Good News” is a band out of Portland, OR, celebrating the 2021 release of their debut album “Wings.” Led by vocalist and guitarist Rebecca Conner, this project is a culmination of Rebecca’s passion for a multitude of genres and influences. World-beats and funky grooves intermix with soulful horns and folk delicacy to create songs filled with hope. Rebecca’s heart-centered, velvet vocals are delivered with a vulnerability that unravels listeners down to their core. With music as her catalyst for transmuting pain into healing, Rebecca holds space for the embers of gratitude and optimism to be ignited into a flame you can warm your soul to.

Reb & the Good News released their debut album “Wings” May 11th 2021. The album was created and arranged by Rebecca along with her partner Leon Cotter who plays keys, saxophone and clarinet in her band. These songs are a culmination of a life searching for Rebecca’s own voice in music. At 19, Rebecca Conner’s love affair with music began by playing songs around a beach fire in her coastal hometown of Lincoln City. During a subsequent trip to Europe with a guitar, jazz was the music that most spoke to her, and she returned to the States to pursue an education. Rebecca went to music school at the age of 21 not yet knowing a major scale. With a lot of catching up to do, her education lasted all of 7 years, starting at LCC and finishing at the University of Oregon where she focused on Jazz guitar. Rebecca left her last collaborative project, High Step society in 2018, and moved from Eugene to Portland ready to tell her own story and bring her own aesthetic to life.